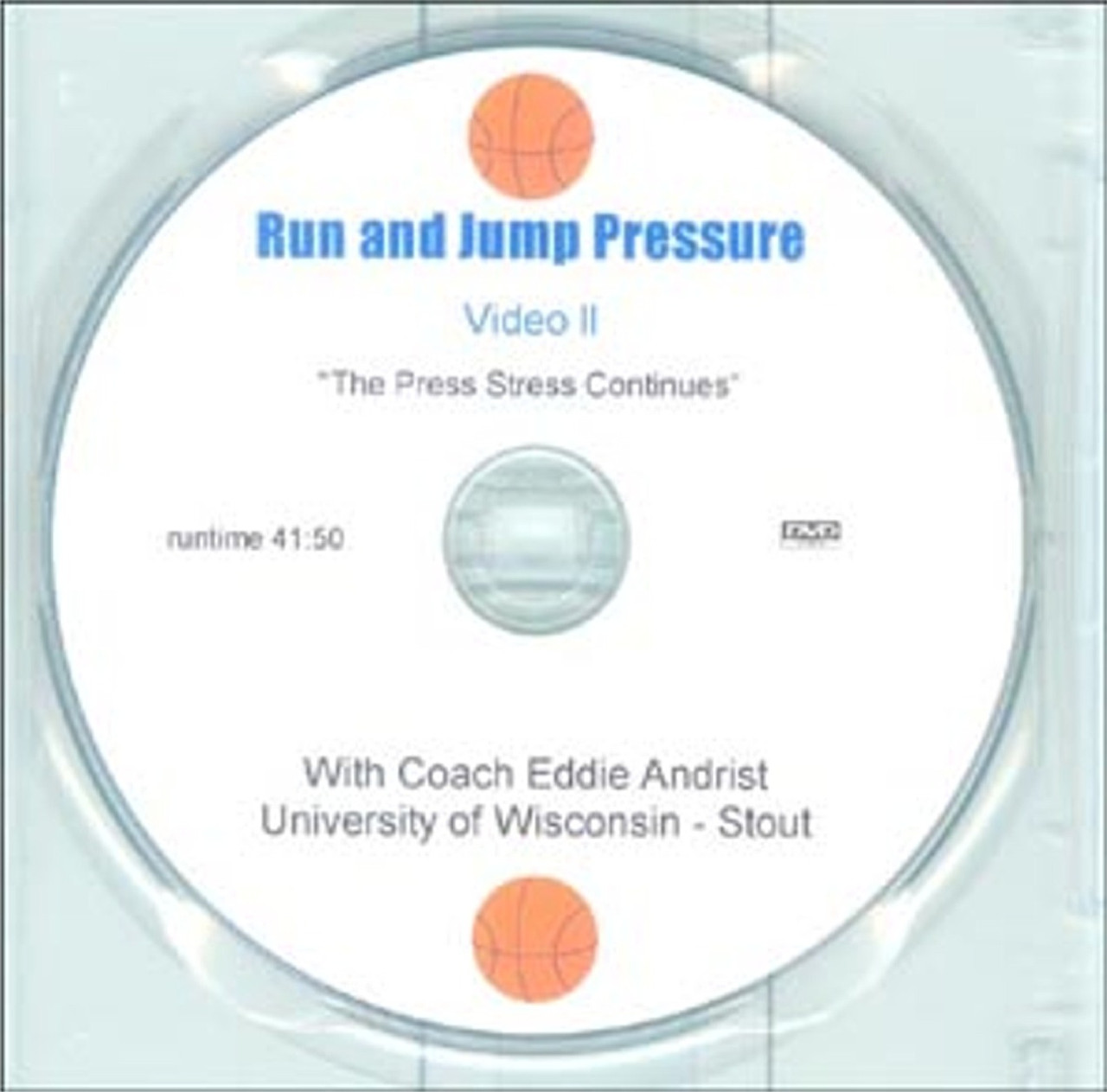 Read more about his milestone here. November 9, Off and running The season nad off on Thursday with the defending national champions running wild against Grinnell, UW-Eau Claire stopping St. Olaf and the York women knocking off Messiah. Get the wrap here. November 1, Gould gone from Trine Ten days before the new season tips off, the ninth ranked team in the country changed its head coach. Trine University terminated Ryan Gould and elevated one of his assistants to head coach on an interim basis.

October 25, Salisbury statement: Sachs says sayonara Salisbury University says that it and men’s basketball coach Andy Sachs made their parting of the ways official, with the university release saying that “Sachs has stated he will not return. October 23, Bay Path brings in new coach After two seasons under a brand-new college graduate, Bay Path is bringing in a coach with a lot more juump, primarily overseas.

October 16, Ex-Holy Cross coach hired at Lesley, then Framingham Bill Raynor edddie after a long career as a edfie college coach in Massachusetts. Then, this offseason, he came out of retirement — first with one Division III school, then another. October 12, Schmitz brought in at Centenary La.

She’ll try to do the same at conference rival Elmira.

August 18, Kurzinsky steps down at Kean The coach who led the Cougars’ men’s basketball program for 11 seasons will remain as Kean’s strength and conditioning coordinator. August 16, From Shreveport to St. David Foley, who was the head coach at Centenary La. August 15, MIT assistant heads to Rhodes After 10 years working under two prominent D3 coaches in New England, Tyler Papadinis will have a chance to run his own program down south.

July 31, Knights dub long-time assistant as next coach After seven years as an assistant head at SUNY Geneseo, Alyssa Polosky will take over the Knights’ women’s basketball program.

July 30, Fredonia hires Cartmill as head coach Sarah Cartmill, who was Bard’s head coach for three seasons, will get another chance to lead another Upstate New York program.

June 25, Lambert announces will be final year coaching Maryville Randy Lambert, who has been coaching Maryville for 38 seasons, has announced that No. The school announced that a succession plan is in place as well. June 22, Marywood stays local for next coach Marywood picked Gabby Holko, an assistant coach at the nearby junior college, as its new head women’s basketball coach. She’ll be replaced by her assistant Paul Richie on an interim basis.

June 15, Curry names Miseri alum as new head coach Joe Busacca, who played at Misericordia and coached at Manhattanville, will take over a Curry program that finished last season on a game losing streak. June 15, Pios promote All-American alum to head coach Kristina Williams, who was a first-team All-American for Lewis and Clark inwill be the Pioneers’ new head women’s basketball coach.

May 21, Whitworth picks Williams assistant as new head coach Joial Griffith, who spent last season as an assistant to Pat Manning at Williams, will be Whitworth’s new head women’s basketball coach. May 16, Hall-Gregory departs NYU Lauren Hall-Gregory, who took over as head coach of the New York University women’s basketball team prior to the season, has resigned after her wife took the head coaching job at Albany.

May 9, Chatham’s first men’s coach moves on Andrew Garcia, the first-ever head men’s basketball coach at Chatham, has accepted a position as an assistant coach at Division I University of South Carolina Upstate. May 9, Dominican announces Johnson’s resignation Dominican announced that Gabby Johnson has resigned from her position as the head women’s basketball coach and assistant sports information director at the university.

In leaving Dominican, Johnson has accepted a role with the women’s basketball program at Division I Valparaiso. May 9, Marian women’s coach bids farewell After two seasons and seven victories, Lyndsey Seewald is out as Marian’s women’s coach, with the program promoting from within. May 8, Thomas men’s coach hired at Penn College Geoff Hensley has resigned as head men’s basketball coach at Thomas in order to take another Division III men’s basketball head coaching job.

May 4, Pfeiffer coach goes back to scholarships Jeremy Currier, who has coached Pfeiffer for the past eight years, is going back to Division II and will be the head coach at Young Harris College.

May 2, Moskowitz hired as Alfred women’s coach SUNY New Paltz assistant coach Mike Moskowitz has been hired as head coach at Alfred, where he inherits a women’s basketball program which has won just eight games in the past three seasons. May 1, Assistant promoted at Southern Virginia Greg Winslow, who has been an assistant coach at Southern Virginia for the past two years and whose son, Kellen, plays for the Knights, has been promoted to head coach.

May 1, Juckem hired at Washington U. April 30, Marian gives former pro first coaching job Drake Diener, a former DePaul player who spent 12 years playing overseas, will begin his coaching career as a head coach as he takes over at his hometown’s D-III school.

April 29, Woldeslassie returns to Macalester to coach men’s basketball Abe Woldeslassie comes to Macalester following a two-year stint as an assistant coach at Siena, where he helped the Saints advance to the finals of the MAAC tournament. April 28, Lesley men’s coach resigns Chris Giordano decided to step down after four seasons, the past two years being the most successful in the young Lesley men’s basketball program’s history. April 27, Louisiana College coach takes job at McNeese State Patrece Carter, a Louisiana College alumna and head women’s basketball coach for the past four seasons, is taking an assistant coaching job in Division I.

April 27, Macciocco moves down the road Wilkes found its new women’s basketball coach just a half-hour away, as Tara Macciocco moves from Marywood, where she has coached for the past 14 seasons. The Anchormen sank to an finish this past season. April 26, Brown returns to Frostburg State Sean Brown, who spent last year as the Pitt-Bradford men’s head coach and the two previous years as the women’s coach, will return to western Maryland to take over for his old boss, Webb Hatch.

Hemer will head to Canisius. April 22, Macalester coach returns to U. April 20, Thomas More goes across river for coach Thomas More went across the Ohio River to grab its next head men’s basketball coach as the Saints tabbed Mount St.

April 11, Ryn women hire NWC assistant, too Pacific had interim head coaches in both men’s and women’s basketball this season, and today they replaced them both with assistants from other NWC schools. April 11, Puget Sound coach moves to Pacific After 12 seasons as head coach of the Puget Sound men’s basketball program, Justin Lunt announced that he is resigning from his post with ansrist Loggers. Lunt has accepted the head coaching position at Pacific. April 10, D-I staffer hired at UW-Stout Hannah Quilling-Iverson, who has been director of player development and director of basketball operations at ecdie stops over the past three seasons, is the new head women’s basketball coach at UW-Stout.

April 10, Gettysburg to hire Dunne B. Dunne, who was the youngest head men’s basketball coach in the NCAA when he was hired as head coach at Vassar five seasons ago, will be named head coach at Gettysburg. April 10, Buena Vista names Lorensen as new men’s coach BVU has announced that Todd Lorensen has been hired as its next head men’s basketball coach, pending successful completion of a standard background check.

April 7, New Chatham coach comes from D-I David Saur started his career as an undergrad at Thiel, but has coached at multiple Division I schools before getting his first head coaching job, at Chatham.

April 6, Meehan out amid allegations at Brandeis Brian Meehan’s run as men’s basketball coach at Brandeis is over after explosive allegations and an internal investigation regarding racially based harassment.